AWS ECS is a service for you to store, run, deploy container images on the cloud. You can also easily configure an autoscaling group so that your service would can scale horizontally.

A ECS cluster is a group of container instances for you to run some tasks. 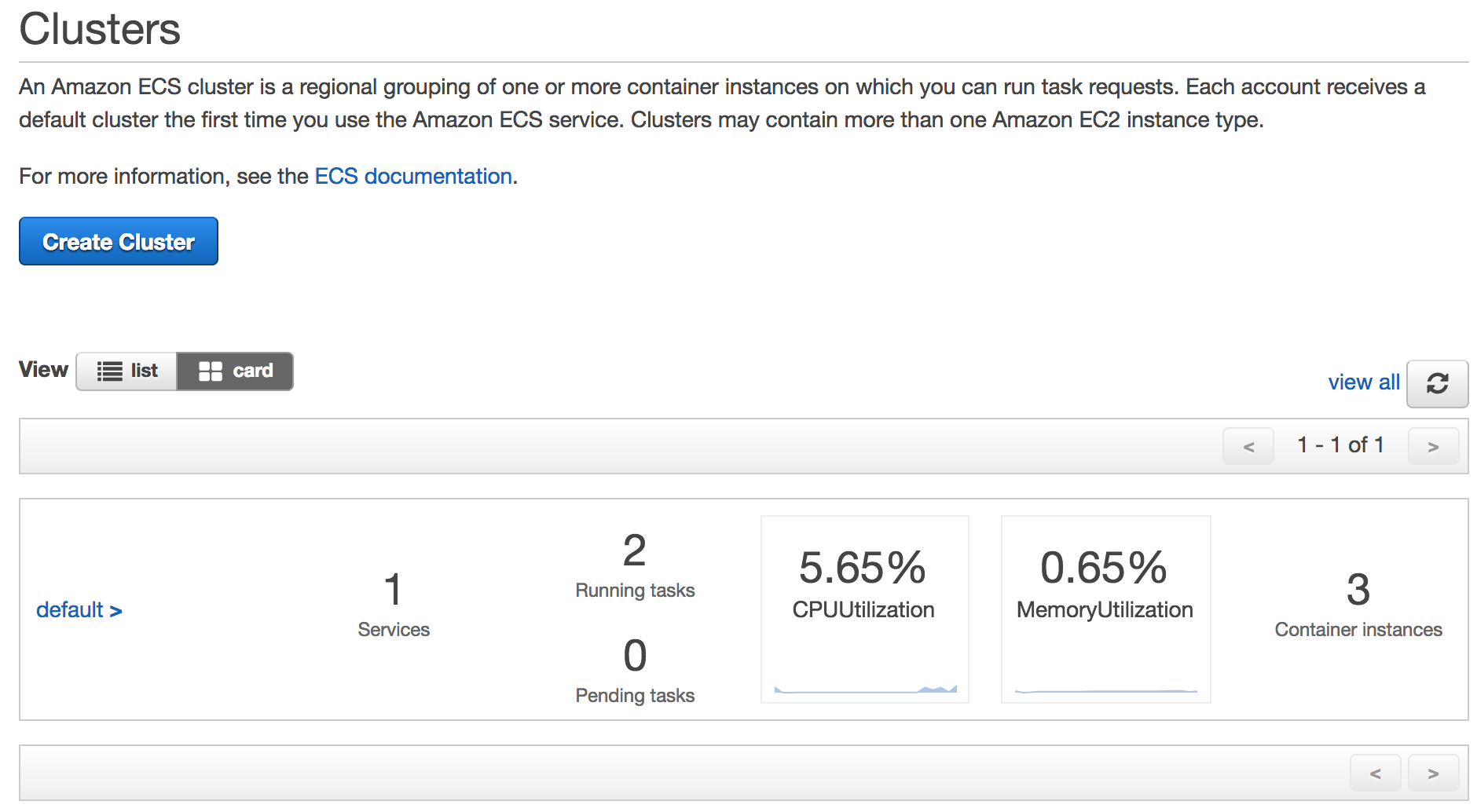 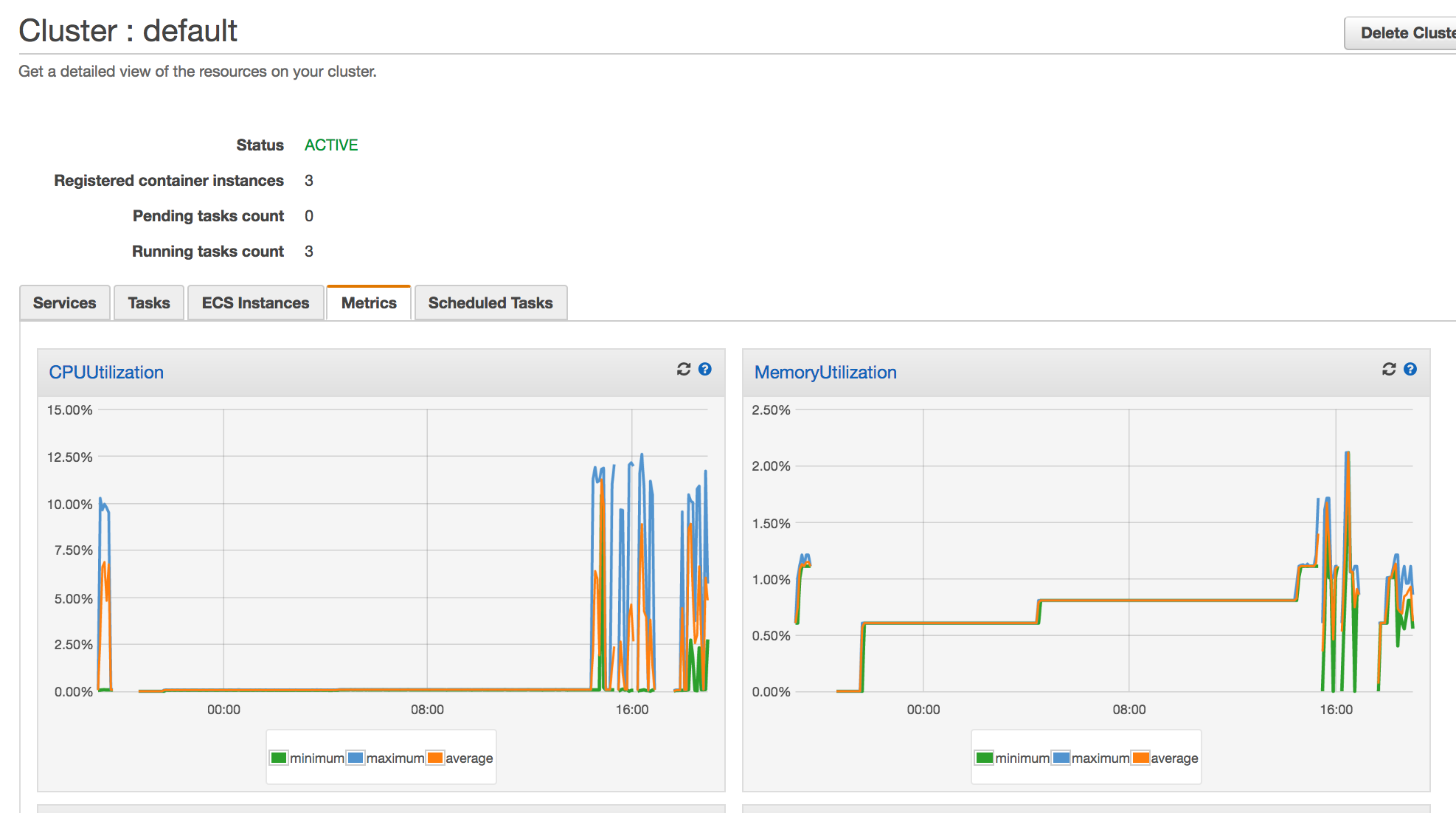 A task is used to run Docker containers in Amazon ECS. A task may spread to multiple EC2 instances and the relationship is monitored by something called ECS service.

A service auto-recovers any stopped tasks to maintain the desired number of tasks that you specify.

A sample configuration that works 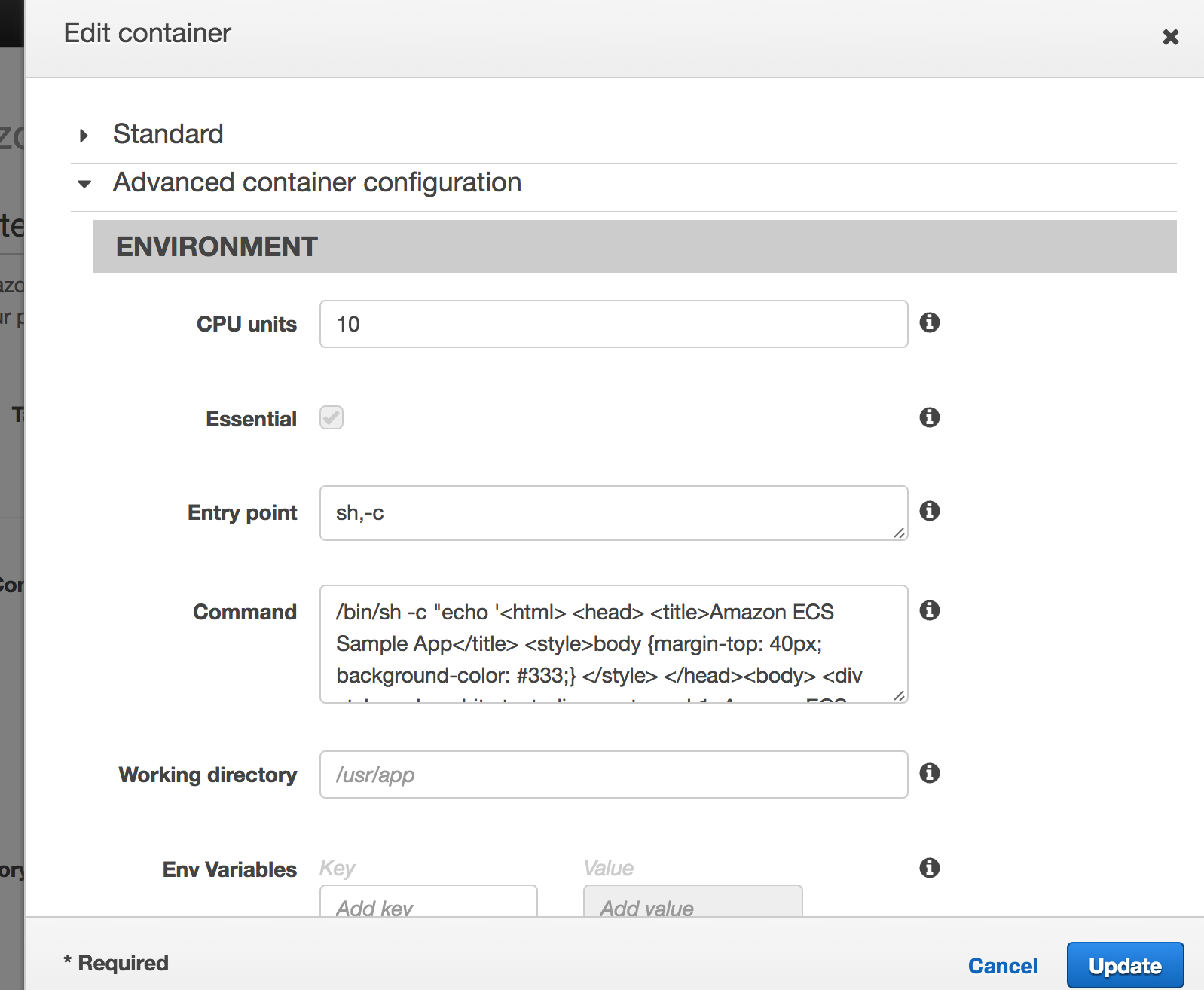 Other than that you can keep clicking the next button with default settings until you successfully started the cluster. 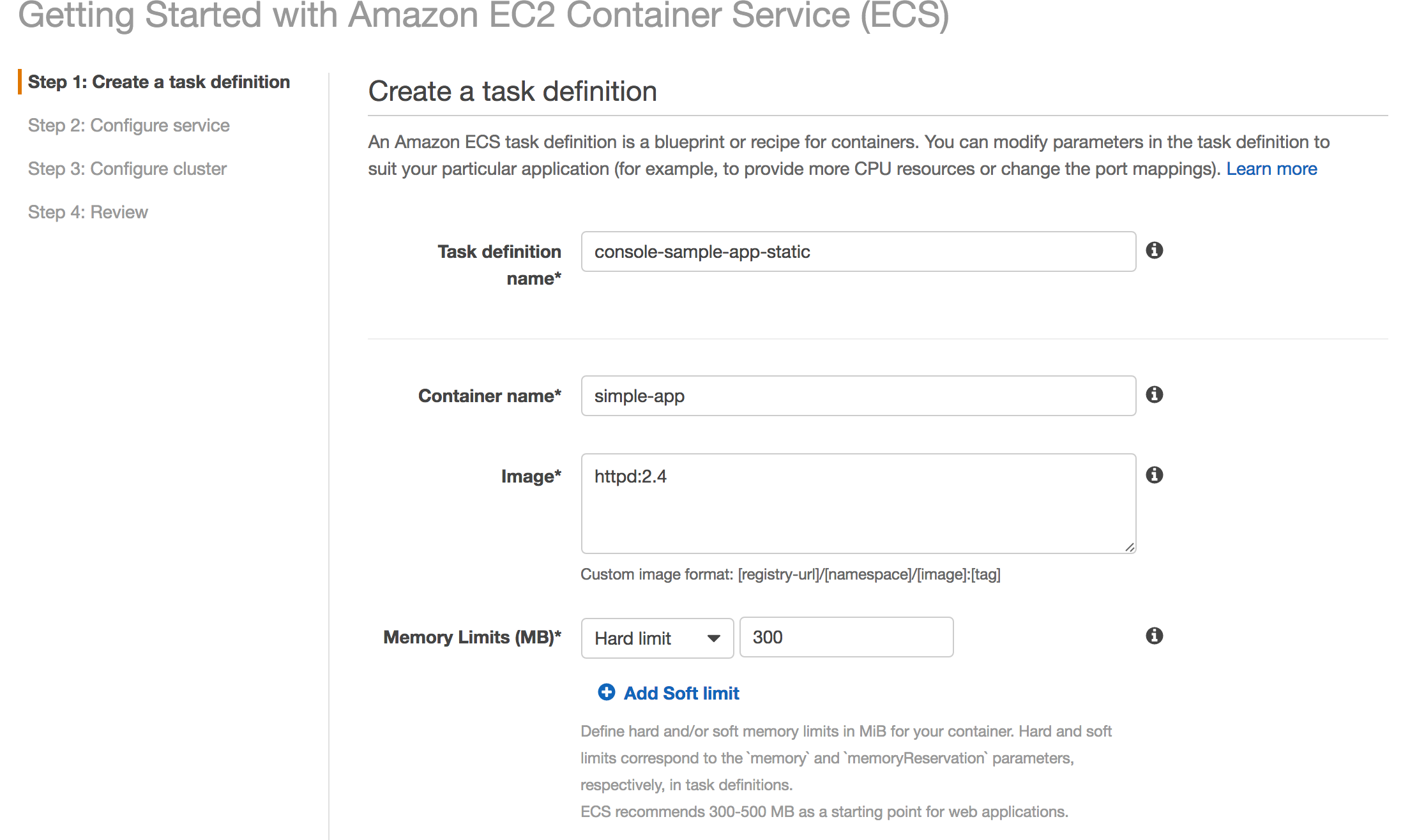 How it works using the default setting is it will launch an container instance using httpd:2.4 container image and insert a tiny html page to it. So if you go visit the EC2 instance’s address you will see the following screen (provided the EC2 instance is not behind a load balancer).

The way Auto-scaler works is that it will check the EC2 or load balancer’s Cpu and memory usages using AWS CloudWatch and detects if there’s something that needs to be done. Once the Auto-scaler receives the signal from CloudWatch it will scale up or down according to your settings which is very sweet. 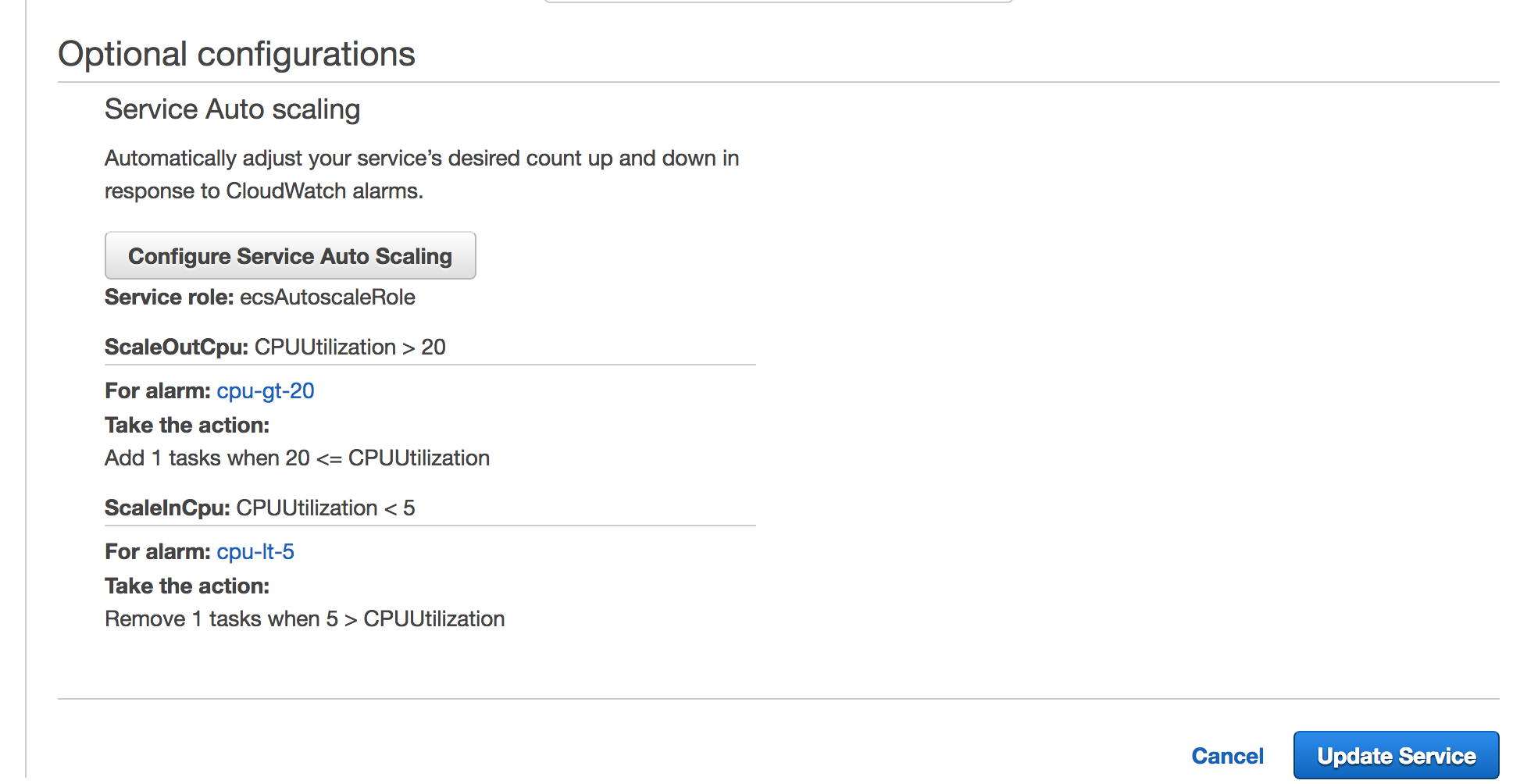